Patrick Johnson, CEO at Progress Labs, is a brand-building and ecommerce expert. Subscription services are a major part of ecommerce, but are often underutilized and poorly managed. The key to success is finding a balance between subscriptions that are consumer-centric, while still providing a brand with the dependable recurring revenue they need to survive. On this episode of Subscription Radio, Patrick and Ben brainstorm how brands can walk that fine line. Patrick shares his insight on what makes a good subscription service, how to upsell with intuition, and what you can do to give your customers a better subscription experience.

Sometimes subscriptions can feel more like a chore than a convenience. Try to be proactive so it isn’t a struggle for your customer to keep their subscription on schedule.

“Instead of feeling like a surprise that shows up every month, it felt like a chore for a second. And again, I'm being overly dramatic because we're in this space, but that's how I was thinking through this. So part of this profiles concept, you're in a better position than I am to work on this, but just as someone who sees brands struggle with providing subscriptions at a rate that is entirely and always useful for the customer. I think you have a shipping profile where it's like, hey, your average fulfillment timeline takes three days. This product renews every 30 days. So why don't we process on the 27th, the 28th day? That way on the 31st or 32nd day, it's at their house, rather than it goes through 30 processes, then whatever your shipping lead time is.”

If your customers keep skipping out on their reorders, take that as an opportunity to check-in and re-engage with them.

“If on average, your customers are skipping more frequently than not, that to me is an easy reengagement email or text or whatever primary way of communication. But I think a lot of these brands have this information. I think the problem though is, and as an example I just looked up Welly, which is a bandage brand. And they don't sell subscriptions, thankfully, because who needs band aids on subscription? You could just buy wholesale and you're probably fine for a while. You don't need $20 worth of band aids sent to you every month, I don’t know. But I think the point that you made is, and this is a bit of a hot take, but I think brands care more about the gym membership that is continuously paid on time but not used, than the used gym membership.”

Don’t just think about subscriptions as a recurring purchase. Try to make it a unique experience for your customers.

“I don't think it's the intended outcome. I think it's a mix of subscriptions not being considered because it's typically a portion of the business, not the entire business. And then honestly, a lot of these applications and third party apps that have power subscriptions are built for the fundamental, ‘Let's create a recurring purchase,’ not all the extra stuff that creates a unique brand experience. Like what Huron does, might be different from what Black Wolf Nation does, which might be different from what Dove does. All the subscription apps can't capture all of that nuance for each and every brand to make it special and unique for them. That's where the brand has to do the lifting and probably needs some internal support to make that happen.”

Usage rates can vary for different products, so it’s important to check in with your customers and get their feedback.

“The food brand that we have, they sell kits, basically. And their kits are cool, but some of the stuff in their kit is salt and pepper, and then other stuff is specialty spices. You don't want to subscribe to this kit because you're going to load up on specialty spices, because maybe you use it less frequently than salt and pepper, but you really want the salt and pepper. So there's not a clear way, as I'm thinking about this, maybe it's one of those things where, to your point, it's like brand engagement. How's the kit treating you? Are you using more products than others? Okay, thanks for the feedback. And maybe there's a way they can manually, I don't know. But it's interesting when people sell bundles as subscriptions, and the usage rates between products vary.”

If you want to upsell your customers, make sure you’re trying to upsell them on things that are actually related to the product they’ve already decided to buy.

“This isn't necessarily the brand’s problem. It's more of the software’s problem. Most things don't give you intuitive upsells. It's not like, you've been a customer for two years, you purchased from us continuously, we just released a new product. If you buy the SPF, this is actually an SPF holder for your car. You might like it. Instead, it's just like, we got tote bags. Again, there's nothing wrong with all that kind of stuff with brands, but the software isn't there to actually make it make sense for the customer. The other thing is that these upsells remind me of the little mall kiosks. I grew up in Florida and in the mall they had the little tchotchke kiosks in the middle. And they're trying to get you to check out this ShamWow.”

38:37 – Let your competition inspire you

Most of the time, companies and brands get inspiration from their competitors. Just make sure you’re employing strategies that make sense for your brand.

“People hate to hear that from me, but the amount of websites that we've designed, built, and launched, they usually get inspiration from the best in class or competitors. And half the time, I'm like, why are you upselling somebody this? So as an example, our skincare brand, they do an upsell on their current site where they have an eye roller product. If you buy the eye roller and put it in your cart, you get hit with a modal upsell that says, ‘You should switch it out for this product. It costs a dollar more and you get five other things.’ And it's the same size eye roller. So you're actually getting more, you're probably getting $50 more for a $1 increase. That to me is a reasonable upsell. But it's not like, ‘Try our new flavor, too,’ or like, ‘Oh, I'm buying cookie dough. Well, here's a golden spoon.’”

Upselling can be great, but be careful not to take it too far. You don’t want your attempts at upselling to annoy your customers.

“For a lot of brands that say that they care about their customer, it’s really hard for me to see that when they're as bad as all the popup jokes that people used to make in the early 2000s. And I'm on sites today where it's like GDPR. At one site, they had an age gate, but before you could get to that you would get hit with a five second, ‘here's a 10 percent off’ modal. So I gotta close out that, I gotta close that GDPR, and then I could tell you that I'm of age to view this product. And then you get in and God forbid you move your mouse off the screen. They hit you with an exited 10 modal. I know a lot of these brands are hurting in some ways, largely due to a lot of the lockdown and constraints with Apple’s iOS updates and privacy, or what Facebook is doing with attribution or whatever. That's not my space, so I could be speaking poorly about it, but it just seems a little desperate sometimes. Just let someone buy the product they want, and leave them alone.”

44:27 – Give your customers a better experience

It’s okay to raise your prices a little in order to give customers a better experience. People are willing to pay more for a better product and better policies.

“I think about the brand McDavid, which is like an athletic equipment brand. So they do ankle braces and sporting paraphernalia for athletes. And their whole shtick is they guarantee it for a thousand wears. I bought some ankle braces. I play basketball there, and I did the math because I was interested. I play basketball three days a week, a year. It would take me a while to hit a thousand. So I could in theory replace it if the product starts to break down before that warranty period. And when I thought about that, I was like, ‘Oh, okay.’ I'll pay $40 an ankle brace, $80 total, knowing that I can replace this in four years. I try not to be the person that takes advantage of that, but let's say a strap broke legitimately. Knowing that I can be like, ‘Hey guys, this broke.’ And they're like, ‘All right, here you go.’ Or Bombas does this. Their policy is like, if you lose, I think it's if you lose it or it gets damaged, like if your dog eats it, they’ll send you a new sock. It's amazing. And they're expensive. They're not cheap socks. But that's where they're indexing a little, the price is a little bit higher, but they're indexing on customer experience.”

Trying to use the templating of other apps can be really limiting for your services. If you want to be able to experiment or think outside the box, you need to build your own API first.

“What I think is interesting about a lot of these third-party apps that support merchants doing interesting things is, I think it's two fold. One, build in API first. And what that means to me. And we've talked about this separately, is you'll get some apps, not all, but some apps are like, ‘Oh, we can only operate with Shopify’s liquid templating,’ or those kind of things. It makes it really limiting. It also means that if third party engineers like myself, we don't work at these apps, wanted to experiment or do something interesting, it becomes more challenging to do so. So if SaaS companies built with that in mind and said, okay, we'll make it extendable by default, to a degree, you don't have to accommodate the entire world. I think that that would end up with a better product suite.”

While it can be hard to share the “secret sauce” that makes your company special, open-source API can help you problem-solve with other engineers.

“Let’s say you're an app and you're installing Shopify, and you're on a hundred stores and you have a lot of communication with your brands or with the engineers that the brands work with. You literally have a fire hose of information to help build out that roadmap. And I think it's, and we've talked about this, but it's this idea that, put up one of those roadmap voting pages I see a few things have, where your customers can put it on there, and then you get the upvotes. And then that could help you figure out what the next thing to build is. And you couple that with a really extensible API, my mind goes to WordPress, which WordPress has been around 25, 30 years at this point, some craziness or something like that. Completely open source software. A lot of people don't like it because they think it's clunky, but it's probably the most extendable CMS I've ever worked with in the past 10 years. And it's because they blend these two things.” 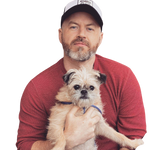